Tia and I boarded a flight in Boston bound for Tokyo on Thursday, March 1st at 7:50am (Thomba was in the belly of the plane, poor kitty). We had a two and a half hour flight to Chicago, where Tia and I took advantage of our 2 hour layover by stretching our legs and having a bite to eat. Below is a photo of Tia sipping on her water at O’Hare. 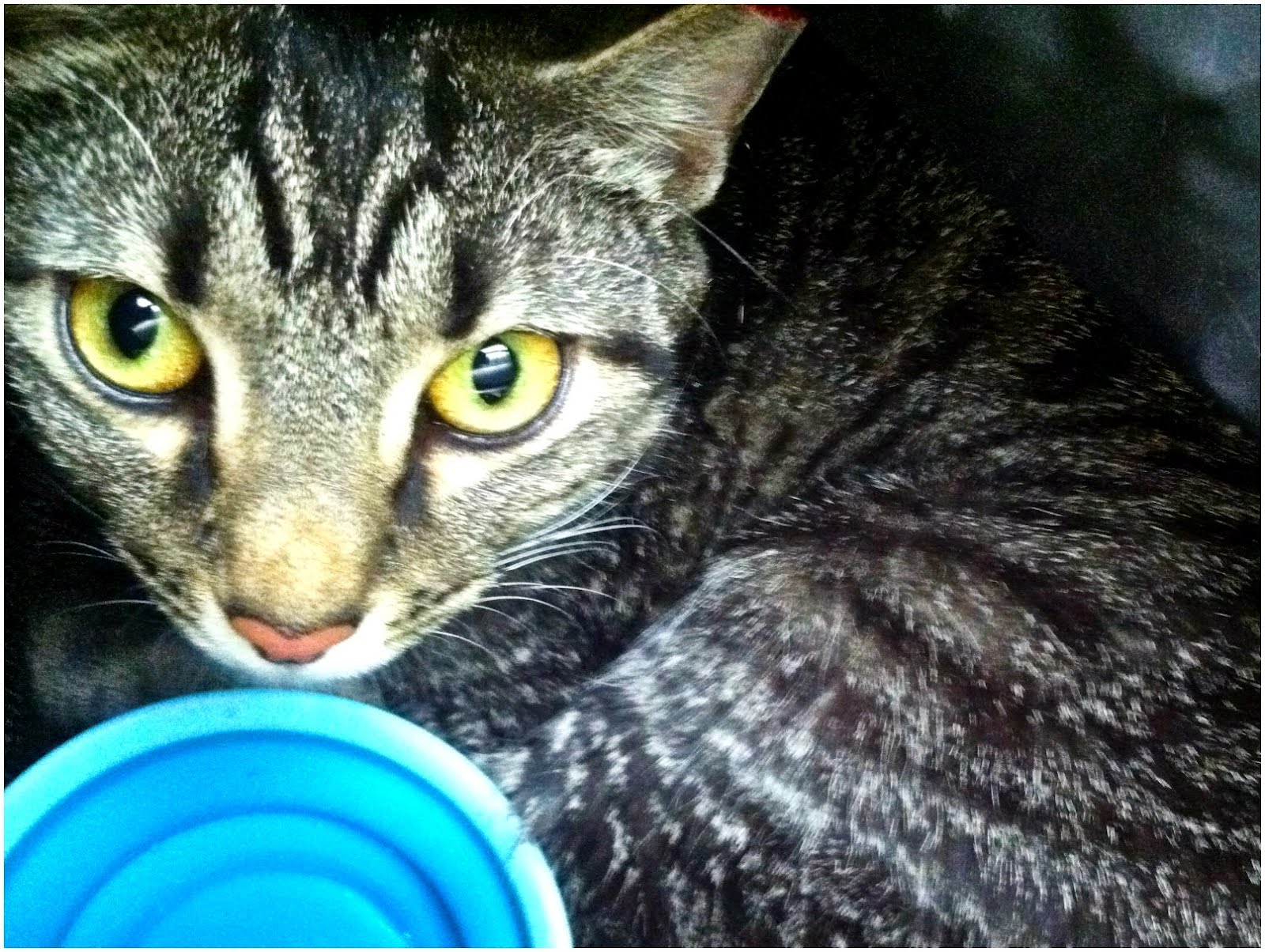 Back onto the plane we went and twelve and a half hours, a few naps, a couple meals, conversations, and snacks later we found ourselves at Narita International Airport at 4:00pm on Friday, March 2. Yeah… we basically spent a “day” flying, although, it wasn’t as bad as I expected it to be, especially considering the fact that I wasn’t in Business Class like my beloved husband had been!! Ha ha ha! 😉 I did, however, bump myself up to Economy “Plus” (the “Plus” means a WHOLE five more inches of leg room… Wow…), the HUGE PLUS, though, was actually not having anyone sit in between myself and the women in the aisle seat! It certainly made tending to Tia a bit easier. I digress, after collecting Thomba and the rest of my luggage (all five bags plus two cats), passing through the Animal Quarantine area and Customs, with the help of a very patient Japanese man who didn’t speak a lick of English, I found myself in the much missed embrace of my best friend, my husband! 🙂 Another friend of our’s from Fort Rucker had flown in on the same day, so he was there as well as his sponsor. The four of us waited about an hour to board the bus bound for Camp Zama and after about two and a half hours on the bus, Mike, Tia, Thomba and I were all together under the same roof once again. From door to door, the entire trip took well over 24 hours… YIKES! Again though, it really wasn’t as bad as it sounds. 🙂 Below are a few pictures of Tia and Thomba settling nicely into their new home. 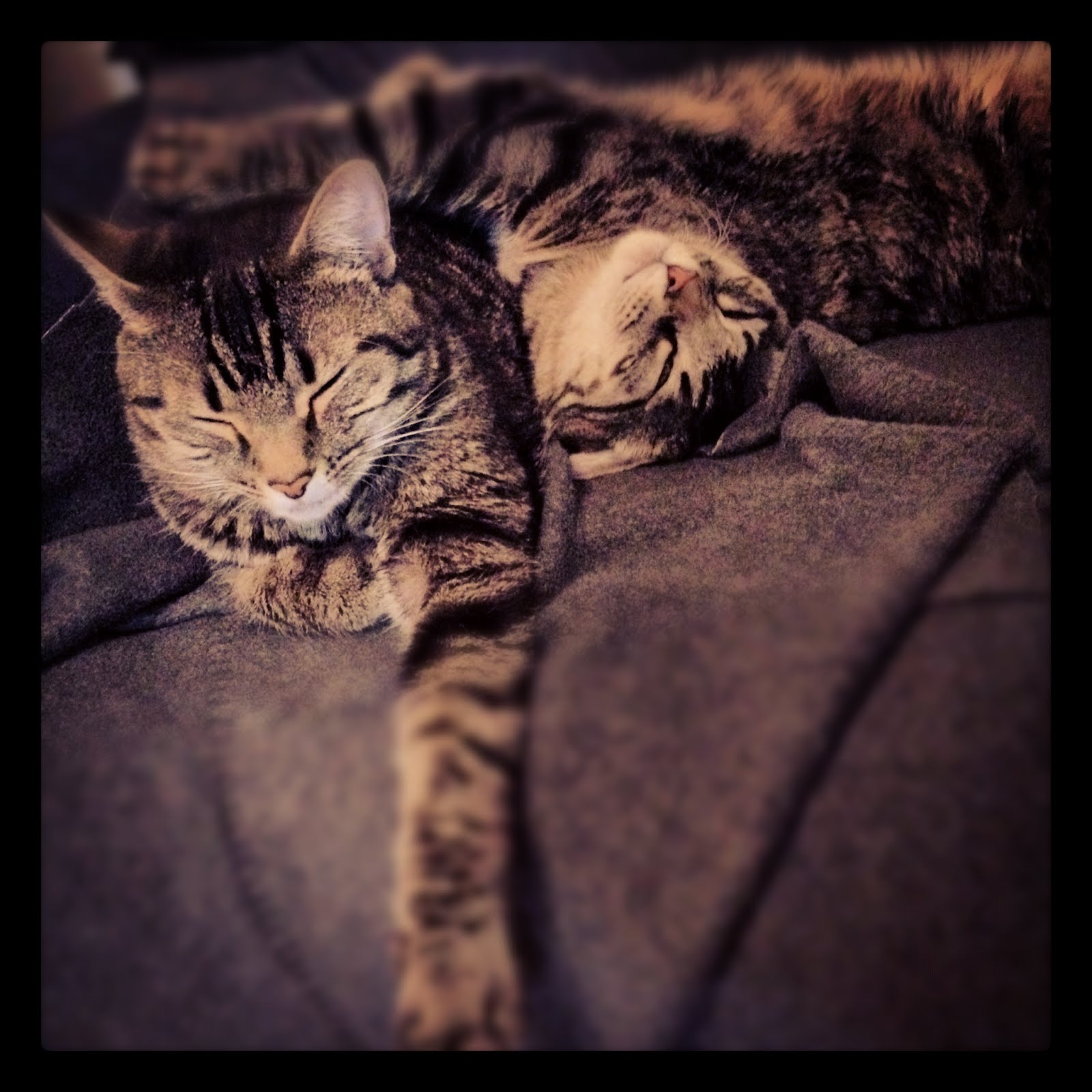 I pretty much passed out that night and the next morning Mike and I picked up Rusty (our friend from Fort Rucker) and walked around the Camp Zama Bazaar and then hopped on the train to Machida where we walked around a three story electronics store and ate at one of Mike’s favorite restaurants. It was a small, cozy, “American” restaurant. The menus were partially in English and a couple of the people who worked there spoke broken English, they also played American Blues music! It was a nice reprieve after that long trip to a completely foreign land. I was pretty dead by the end of dinner, so we headed back home and I, once again, passed out. I spent Sunday lazing around while Mike studied, as Monday would mark his first flight since being in Japan (he did very well). 🙂 Below is a photo that Mike snapped while flying around Tokyo.

This past weekend really started Thursday evening with a Hail and Farewell event held for all the incoming and outgoing pilots and crew chiefs at Camp Zama. It was nice to finally get to meet some of the folks that I’ve heard so much about. Afterward we joined about ten other pilots and crew chiefs at an “English” pub in Machida. It was a fun night filled with laughs and some yummy Lychee Tea alcoholic beverages! 😀 As the night wore on I found myself EXTREMELY tired, yet again… How long was this jetlag going to go on for?!? Friday evening, Mike, Rusty and I took the train to Ebina where we walked through an AWESOME grocery store… Well, I thought everything was awesome except for the seafood section seen below… 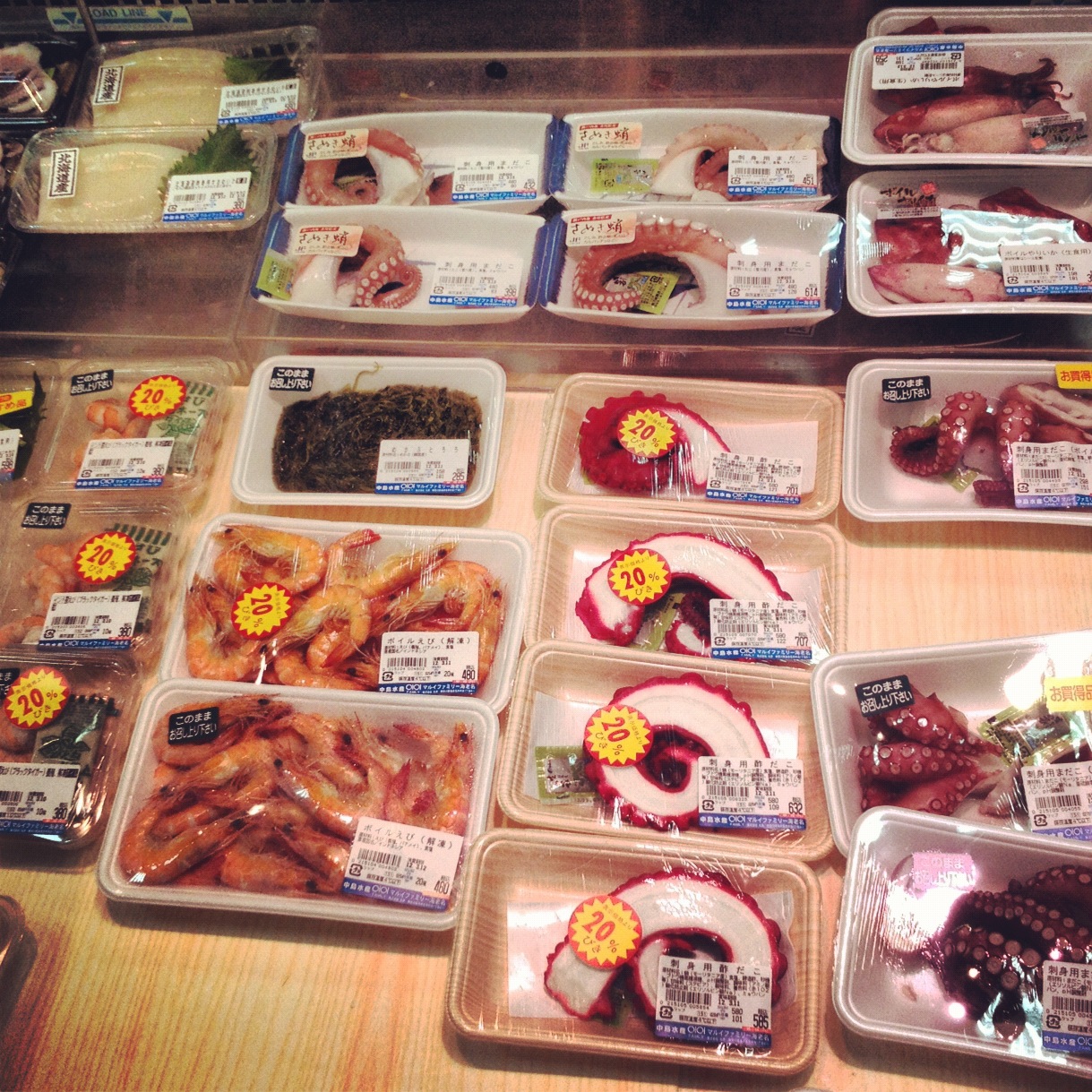 I appropriately entitled this shot, “Nasty Seafood”. Ha ha ha! I bought some curious instant coffee packs. I just HAD to try them, I mean look how cute they look sitting in your cup!..

After exploring the grocery store we headed to this delectable restaurant where we had to take our shoes off at the door and store them in a locker that had a wooden key which you took with you to your table (so no one steals your shoes). 😉 A waiter then lead us over the hard wood floors to a small private room which had a short table and square pads on the floor. Surprisingly though, instead of having to sit cross-legged on the floor there was about a one and a half foot cutout under the table so that we could sit in more of a Western style (similar to sitting in a chair). It was so cool! We ordered a few things off the menu and shared the plates. My favorite was a pizza that was topped with what seemed to be the same filling as what you’d find in a Crab Rangoon! Oh my… It was delightful!! Below is a picture of Rusty and Mike at the restaurant. 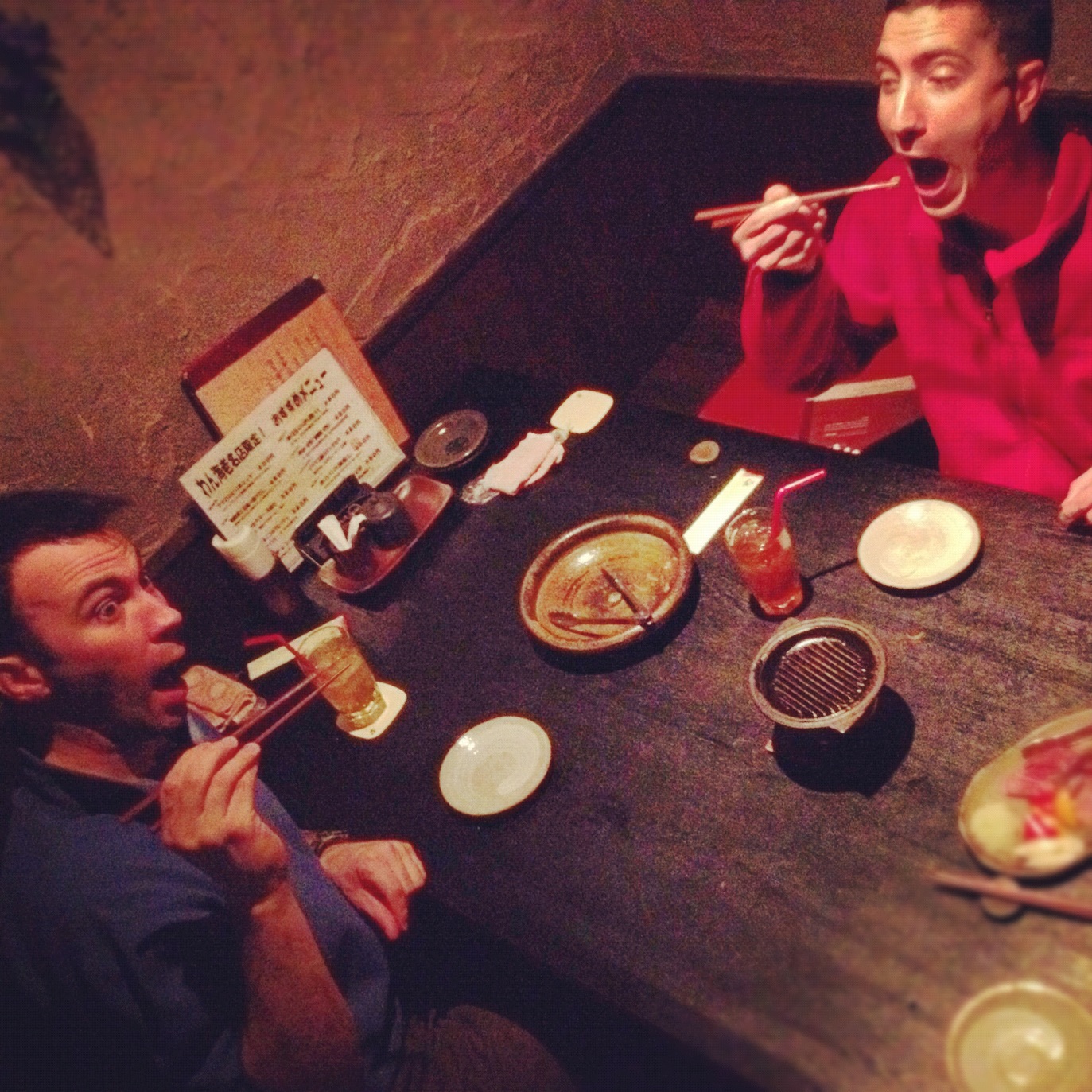 Here’s a curious landmark in Ebina, it’s a Pagoda that once served as a Lighthouse. Due to earthquakes and such it now resides some 17 miles inland.

Saturday, Mike and I decided we’d head over to Yokosuka Naval Base. It’s a mere 30 miles away, but took us nearly an hour and a half to get there and 12 BUCKS in tolls, one way! Hence why everyone takes the train around here. 😉 We heard the Commissary and NEX were amazing compared to Zama’s, so we figured there’s only one way to find out! The Commissary was… meh, but the NEX was AWESOME! We came home with a new Cuisinart K-Cup machine, a Bose SoundLink (which sounds AMAZING if any one is looking a nice travel Bluetooth speaker, I highly recommend it) and a few other miscellaneous things. So yeah, it was totally worth the tolls and time it took!

Sunday, we hopped on the train and headed up to Machida to catch the JR line to Yokohama! We got off near the center and walked out to the pier. Along the way we stopped in at some sort of arcade game-type place. Check out these HUGE Pringles you could win!..

I guess I forgot to put my hand or something in the picture for reference… Sorry… The cans were about one and a half feet tall, they were ridiculous!

Next we rode the HUGE ferris wheel at Cosmo World and the “Vanishing” roller coaster (I can’t remember the last time I was on a roller coaster, it was RAD!). The Red Brick Warehouses that I had read about were next on our list. The buildings once served as warehouses when the area was a port, but have since been converted into a unique shopping experience! Anytime I hear “unique” and “shopping” together in the same sentence I know I HAVE to check it out! 😉 Besides being insanely crowded, which is par for the course in Japan, it was excellent! I wish money grew on trees because I’d have lots of new things!! 😀 I mean, check out this next photo, I’ve never seen so many items jammed into such a small shop! 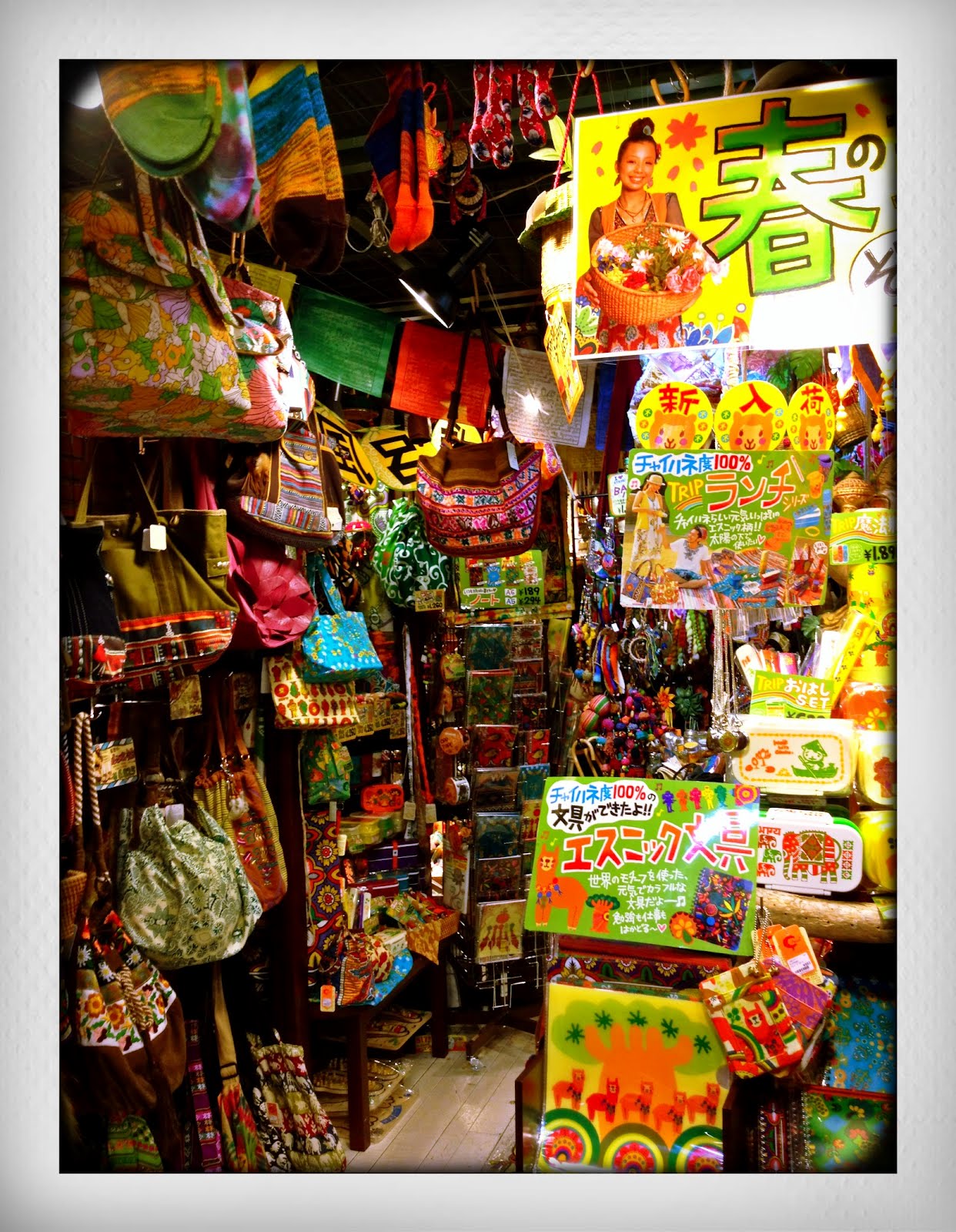 As evening fell upon us we headed over to Japan’s largest Chinatown. It was WAY better than the Chinatown I’m used to seeing in Boston! There were so many food vendors and little shops, it was mind-blowing! 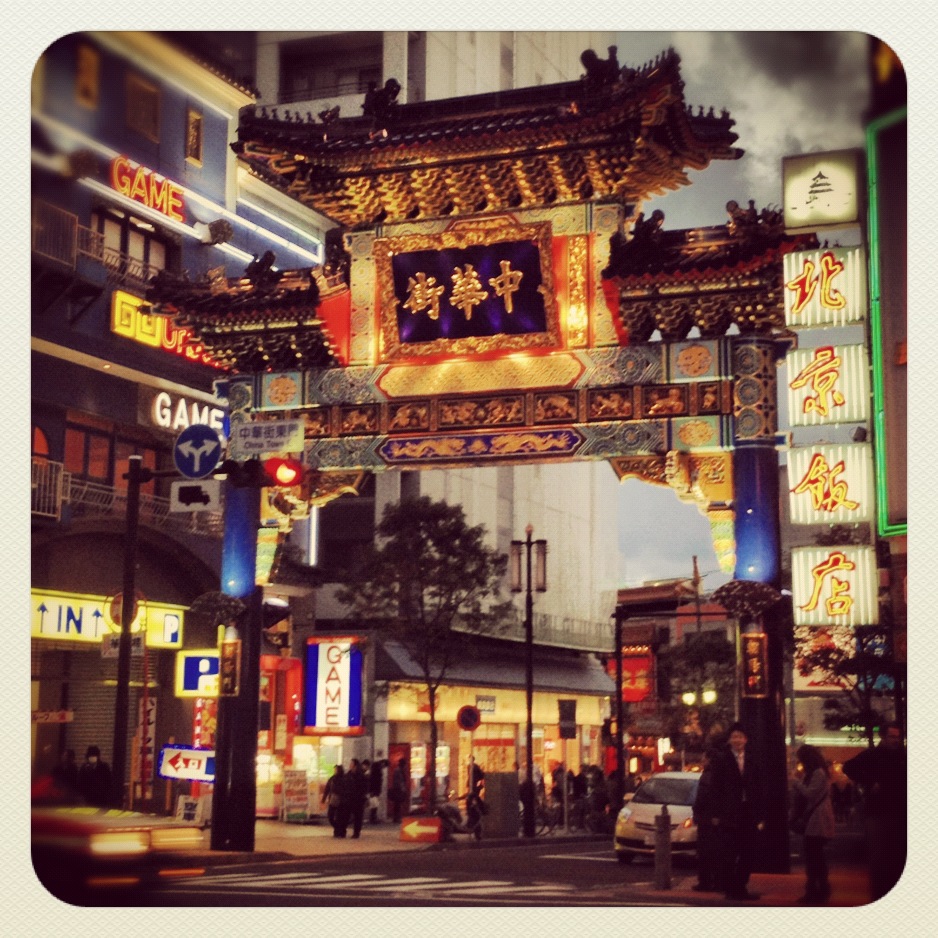 After shopping around, I did buy a new knit hat and some Thai Fisherman Pant (SUPER comfy!!), and trying these little round, pork-filled dumplings (YUMMY in my tummy!), we called it a night and headed back home. It was a great weekend, filled with all kinds of new experiences!
If my first week in Japan is any indication of what is in store for me, I am one SUPER STOKED chic, to say the least! Keep on checking back for updates! 🙂 Thanks for reading!